Today Samsung announced a redesigned Galaxy Tab 10.1 and 8.9. After the iPad2 announcement earlier this month pretty much killed the first round of over-priced, under-achieving Android tablets (here's looking at you, $800 Xoom) it is great to see Samsung coming out with a much more competitive offering.

One of the most disappointing things about the Motorola Xoom was simply the rather insane $800 price tag. The Xoom is a nice piece of hardware don't get me wrong, but there is no way to justify the 60% higher price over the entry-level 16G iPad2. While they're releasing a $599 32G WiFi-only version in the next couple of weeks - which is somewhat competitive with the $599 32G iPad 2 - it feels like too little too late.

Furthermore, the honest truth is that Honeycomb isn't yet ready for primetime - with a shortage of apps and a beta-quality OS that often experiences crashes. Of course, Google are going to fix those bugs over the coming months and slick, native Honeycomb apps are under frantic development at this very moment. Still though, that doesn't change the situation today: Tablets are all about the apps, and it is hard to ignore the 1 year head-start of the Apple iPad tablet app ecosystem.

For this reason, it is fantastic to see Samsung understand that they simply cannot charge more than Apple and are releasing models at $499 and $469 for 16G WiFi-Only 10.1" and 8.9" tabs respectively. 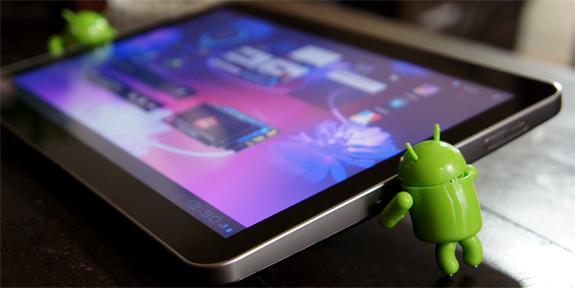 I find it refreshing to see Samsung releasing an 8.9" tab in addition to the more iPad-like 10.1" offering. I've found the 7" Nook Color to be a real joy to hold with one hand unlike iPad and Xoom which are just a bit too big for that. Am hopeful that the 8.9" model is just about right for one-handed use also. 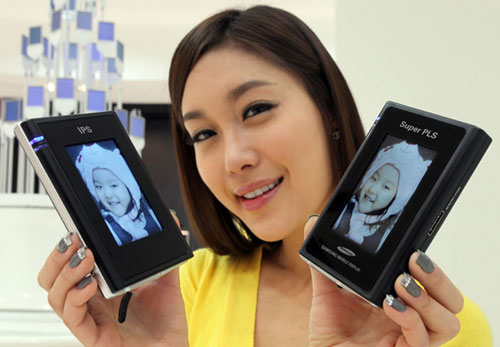 Samsung are well-known for their screen technology and their latest development is Super PLS or Plane-to-Line-Switching for LCD displays. Compared to current In-Plane-Switching (IPS) panels, as found in the Motorola DROID or the iPad 2, Super PLS displays offer about a 100% improvement in viewing angles and a 15% improvement in brightness. Furthermore, they are available in 1280x800 resolution as opposed to the iPad 2's lower 1024x768.

It will be interesting to see if the screen alone could make the Samsung devices quite a bit more compelling. Apple has already been receiving criticism for giving the iPad 2 the same display as their first-gen iPad instead of offering Retina Display which they feature in their iPhone 4.

As I wrote in my previous article, 3 Surprising Things About Video On Android Tablets, video is an obvious killer app for tablets but the Tegra 2 chip used in many of the Honeycomb devices has some severe limitations in video playback.

I speculated in that post that Samsung's then-rumoured 8.9" device might use their own Exynos CPU in place of Tegra 2 and it appears that may now indeed be the case. Samsung have so far been vague about the specifics of what chip they are putting into the device saying only that it has a dual-core processor. Analysts suspect this is due to shortages in their own CPU which may be made up on a per-region basis by some models having Tegra 2.

If the 8.9" Galaxy Tab does ship with Exynos as opposed to Tegra 2 and carries DivX certification, that could make it a far superior device for video playback. It would beat both the current crop of Honeycomb tablets in addition to the Apple iPad2 as much more efficient video streams would be supported. Beyond higher quality streaming, it would also largely eliminate the need for time consuming and tedious re-encoding of video files prior to playback on the device.

To wrap up, the Samsung announcement today is certainly exciting. The Samsung devices look like they are shaping up to be competitive with Apple's iPad2 in industrial engineering, features and price.

However, with a June 8th US release date for the 10.1" model and a still-vague date for the more interesting 8.9" tab we are still left with quite a wait for a truly compelling and competitive Honeycomb offering.